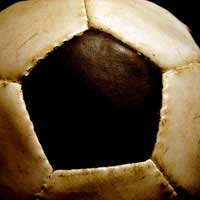 The first official inter-nation football game was between England and Scotland at the West of Scotland Cricket Club at Partick in Glasgow, on 30th November 1872.England and Scotland were the only two countries with official football teams until the Welsh and the Irish joined in 1879 and 1882 respectively. The four countries began an annual tournament, the Home Championship, during the 1883-4 season, which was the first national football tournament in the world. This ran until 1983-4 when the last Championship was played. This was partly down to the increasing prominence of the World Cup and then the European Championship, but the end was hastened by the refusal of some countries to play in Belfast because of the civil war being waged in Northern Ireland.

International football was played at the Olympic Games but FIFA recognised that this was for amateurs and that the game needed a tournament for the professional players. Football had been played by professionals firstly in Scotland and then in England almost from the very beginning. Hence the first World Cup tournament was held in 1930, but it was ignored by England until the first post-war cup, in 1950.