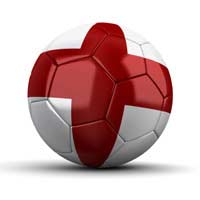 Hope Powell, the Football Association's National Women's Coach, is the first full-time appointee to the post, having held it since 1998. She is the first black person to be appointed as a national football team manager for England, and just to add to the list of firsts, the youngest too.

Powell had been a footballing prodigy, a creative free-scoring midfielder, who caused a furore at the age of twelve when she had to be dropped from her school football team, because of FA regulations. There was a fair media fuss but Powell believes the games teacher was more annoyed about of the loss of a star player rather than making a principled stand against gender-bias in football.

She began to play for Millwall Lionesses and stayed there for nine years, during which time she made her debut for the England women's team, at the age of sixteen. That was a 6-0 defeat of the Republic of Ireland in the European Championship of 1983, when England went on to the final, losing to Sweden.

Success at Club and National Level

The male football player Hope Powell was most often likened to at the time was Paul Gascoigne, She was a strong dribbler, good with both feet, could make perceptive passes and had an eye for goal too. Despite having a career frequently interrupted by injury she amassed 66 caps and scored 35 goals, an impressive average, and was the vice-captain of the England team.

After Millwall she had a two year stint at Fulham before moving to Croydon where she captained the team to a Cup and League double in 1996. All this time though, she had been developing her coaching skills and qualifications alongside her playing career, gaining her first qualifications at the age of eighteen.

Two years later, with Hope Powell, aged 31, beginning to feel the strain of playing as an attacking midfielder, the opportunity came to replace Ted Copeland as the England National Coach. As it was to be a full-time appointment, it was the only time Powell had been able to focus on football, rather than fit it around a day job.

Since she took over the England team they have not been that successful in the World Cup, missing out on qualification until the successful 2007 campaign, but Powell was pivotal in laying the foundations for that 2007 success. This is because the job isn’t just looking after the England team, Powell is responsible for all of the whole women's teams from Under-15's to Under-21s as well as the player development scheme for the national side and the coach mentoring scheme.

The European Championships have been more successful, with the England women's team qualifying for every tournament held under her, reaching the 2001 tournament and narrowly missing out of reaching the semi-finals in 2007, losing a couple of very tight games in a closely-fought group.

In the World Cup of 2007 England qualified unbeaten, went to the tournament in China, and finished second in their group. But the USA side, one of the top-ranked women's football teams in the world, proved too strong in the quarter-final and England lost 3-0. It was the American team's fifty-first win in a row.

Hope Powell and the England team now look forward to the European Championship of 2009, but she hasn't sat back with her coaching development though. In 2003 she added to her already impressive lists of firsts when she became the first woman to obtain a UEFA Pro Licence, the highest coaching qualification in Europe.